E-waste in Nigeria: Falling through the gaps

Waste in general presents two faces of the challenge of an unsustainable environment. One, it represents the endless extraction and use of resources in a world that is defined by the finite availability of resources. The second is that as we dispose of more and more waste, we use up scarce land resources for landfills, pollute the environment and create health hazards.

One way to minimise waste is to reduce the consumption of waste-producing products. Another is to ensure that waste is biodegradable. A third is to move towards the reuse and recycling of the waste. This is what has come to be known as the circular economy.

Sustainable development in a world threatened by climate change and environmental pollution requires embracing the circular economy. Through a survey, this report looks at the state of management of e-waste in Nigeria, and finds both gaps in legislation and limited public awareness of the problem of discarding old electronics.

The International Telecommunication Union defines e-waste as “items of all types of electrical and electronic equipment (EEE) and its parts that have been discarded by the owner as waste.”[1] This definition was adapted in Nigeria’s solid waste policy.[2]

There are three sources of e-waste in Nigeria. The first is the growing quantity of obsolete equipment and devices. Recently this has increased with the importation of second-hand devices, as more and more people cannot afford new ones. The share of second-hand electronic devices is significantly increasing in the country. In 2010, the share between new and used devices was about 50/50.[3] The increase in second-hand devices is driven by low purchasing power and poverty.

The second source is the illegal importation of e-waste. While the importation of hazardous waste in general is illegal, there have been instances of this happening. In 1988, Italy shipped 18,000 barrels of toxic waste to a village in Delta State.[4] In 2013, a ship (MV Marivia) with two containers of e-waste was detained.[5] Such importation takes place across the country’s ports and is able to happen because of corruption in the port system – it only gets exposed due to some disagreement or action of whistleblowers. In this context, it is difficult to estimate the amount of e-waste that gets into the country. In addition, about 30% of second-hand imports were estimated to be non-functioning (and therefore needed to be declared e-waste). The United Nations Environment Programme (UNEP) estimated that in 2010 at least 100,000 tonnes of e-waste entered the country illegally.[6] The UNEP survey also found that large quantities of used EEE are imported with used cars.[7]

A third contributor to e-waste in Nigeria is the local assembly of electronic goods. There are broadly three types of assemblers. The first are those who assemble items like refrigerators, radios, etc. The second ones who came to the scene in the 1990s are assembling computers. These are relatively large-scale organisations producing their own brand of computers. The last category consists of small-scale assemblers of non-branded computers. What is common to all the three is that they import completely knocked down parts and assemble the goods and devices in the country.

Under the Nigerian constitution, matters dealing with the environment are listed under the concurrent list, meaning that both state and federal governments can make laws in the sector. Within this context, the apex body for regulating the environment is the Federal Ministry of Environment. State governments also have a ministry in charge of the environment.

In addition, there are three existing laws, namely:

The NESREA has broad and extensive powers which “mandate the Agency to enforce compliance with the provisions of international agreements, protocols, conventions and treaties on the environment and such other agreement as may from time to time come into force.”[9] Yet, there are both a lacuna and poor enforcement. The lacuna has provided for other agencies to step in to jointly make the environment safe. One of these is the telecommunications regulator, the Nigeria Communications Commission (NCC). A report of public enquiry by the NCC concludes that “though NESREA is saddled with the responsibility of setting and enforcing standards for environmental protection in Nigeria, there is nothing under its establishing Act that suggests that it is the only agency or government institution with mandate on the legal regimes on matters related to the environmental and public safety.”[10] It therefore argues that it had a window to “to make regulations on matters related to e-waste and other related issues, pursuant to the provisions of Sections 4, 70, 132 to be in conjunction with Sections 130 and 134 of the Nigerian Communications Act, 2003.”[11] The telecommunications sector, by the fact of the massive importation of second-hand and new handsets to the country, is a major contributor to e-waste. The Nigerian Communications Act,[12] developed by the NCC, requires that mobile equipment imported into the country is type tested and approved before being accepted to ensure it is functional.

With respect to the policy and regulatory environment, two things need to be mentioned. The first is that there are too many actors in the field with poor enforcement records and lack of coordination. Second, there are a number of weaknesses in the policy framework. For example, there are no clear provisions on disposal site specification. As a result, with the exclusion of Lagos, no state has designated sites for dumping refuse.

There are three responses to the challenges of waste in general. The first is led by international agencies such as UNEP and the UN Development Programme (UNDP), which try to get the government to deal with the problem of the poor management of waste in the country, something that is seen as a key hindrance to achieving the country’s Sustainable Development Goal (SDG) targets with respect to a sustainable environment. The second is entrepreneurship-related, focusing on creating jobs. Many young people have set up different business models in the waste management chain, with the broad focus of turning trash to wealth. Because recycling plastics is much easier and equipment which is manufactured cheaper, a large number of plastics recycling initiatives in key industrial cities such as Lagos and Kano have been set up. The third response, given flip by the COVID-19 pandemic, is focused on health hazards. It is primarily aimed at the removal of wastes from cities and densely populated areas.

There are three organisations that are critical to the e-waste. One is the Recyclers Association of Nigeria (RAN), which is “an umbrella body of indigenous enterprises registered in Nigeria with activities that promote Waste Recycling.”[13] It was established in 2018 and is actively promoting recycling as a business. The second body is the Scrap Dealers Association of Nigeria (SDAN), which was established in 2005 with a vision “to build and own a recycling plant where the waste pickers can sell their metal waste.”[14] The third, which is the youngest, is the E-waste Producers Responsibility Organization (EPRON), a multistakeholder platform supported by government as part of a USD 15-million initiative by the Global Environment Facility.[15]

The situation as sampled

We obtained a total of 202 questionnaire returns from four locations, as shown in Table 1.

The sectors that the respondents belonged to are categorised in Table 2. 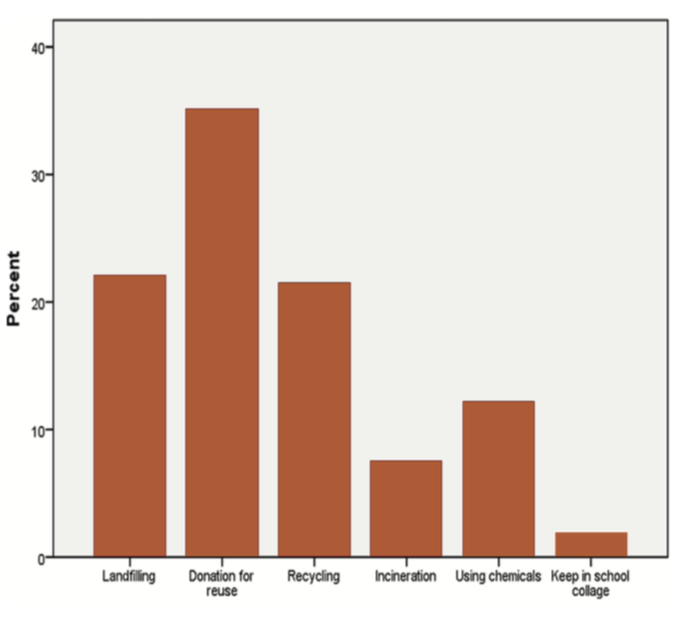 Figure 1: What method(s) of disposal do you prefer?

However, in terms of current disposal methods (Figure 2), despite a desire to donate old technology for reuse, and to recycle e-waste, discarding devices in the trash is the most common method of disposal (36.4%). Fewer respondents said they actually donated their devices for reuse (29.8%). 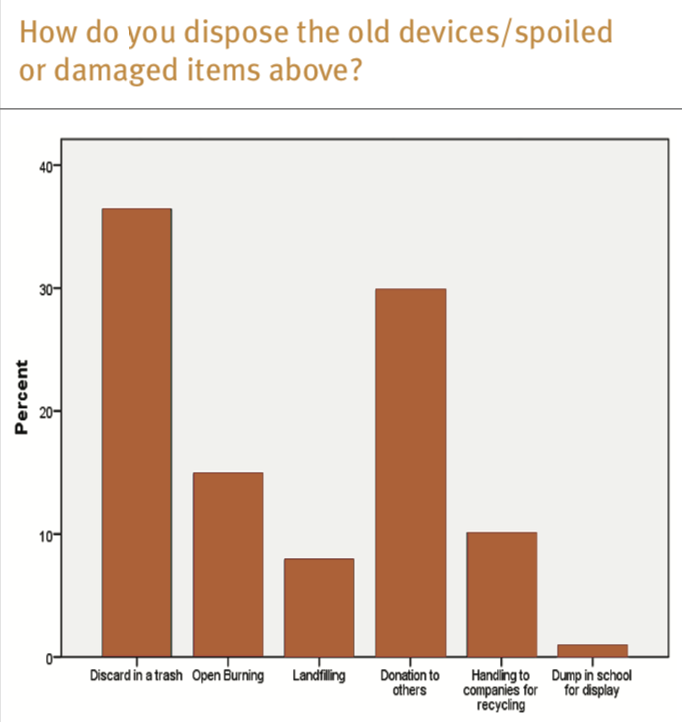 Figure 2: How do you dispose the old devices/spoiled or damaged items above?

As for what method they would prefer in the future, recycling (50.5%) came out on top, followed by donation for reuse (38.3), as shown in Figure 3. 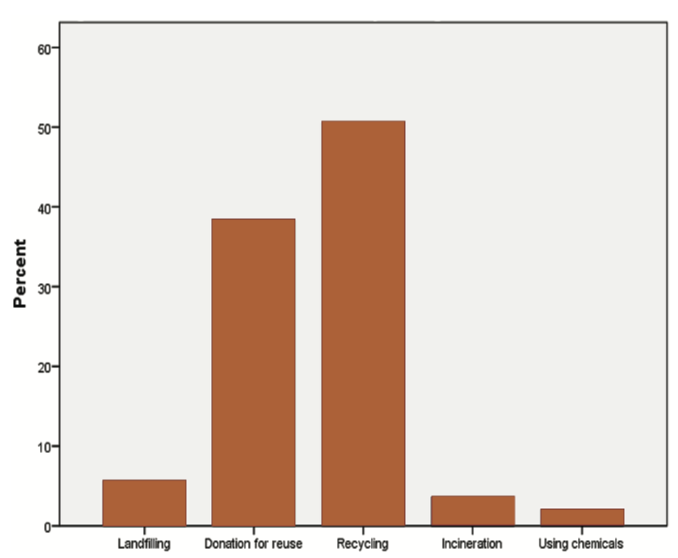 Figure 3: Which method will best suit for your organisation to use in future? 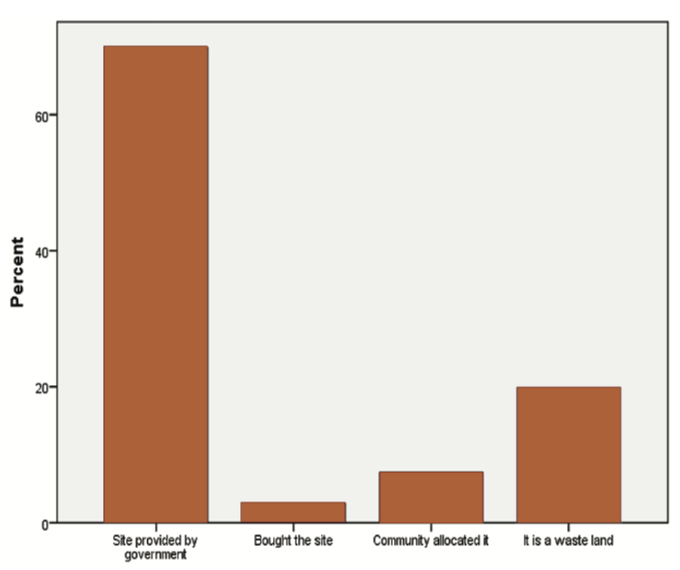 Figure 4: How did you decide on the disposal site? 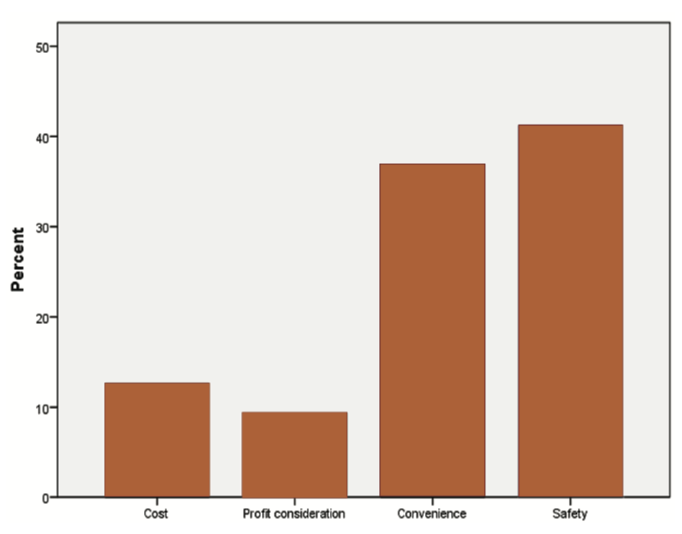 Figure 5: What determines your disposal method?

This was also a somewhat contradictory finding, given that many (38.8%) said they were not aware of any negative consequences of disposing of e-waste. This is not surprising, as there is in general little evidence of public complaints about e-waste dumping and its consequences in Nigeria. 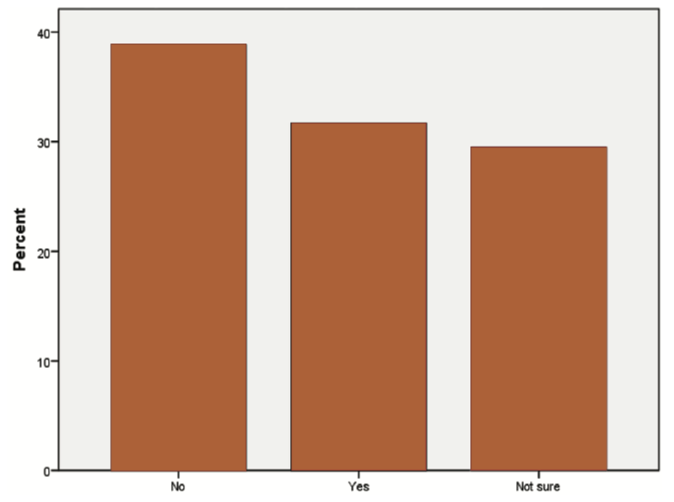 Figure 6: Are you aware of any consequences of e-waste disposal? 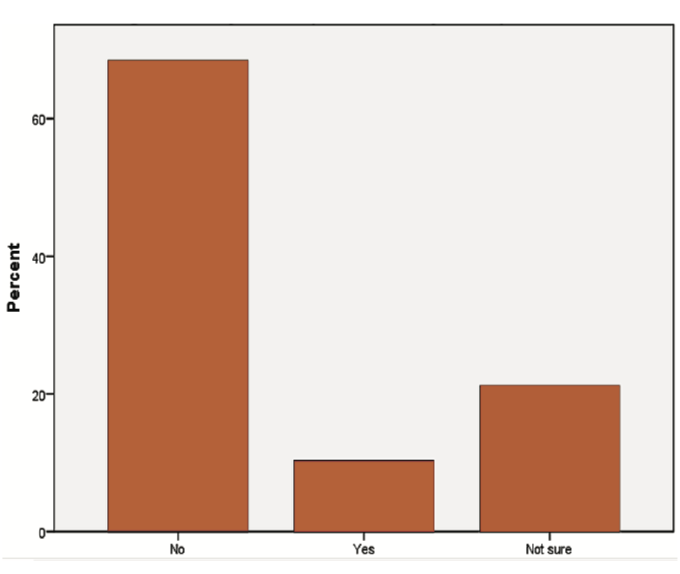 Figure 7: Has anyone complained about your disposal?

Similarly, a majority of respondents (38.8%) said they have not noticed any problem caused by their disposal methods. To further probe this issue, we asked whether they had received complaints. Few indicated that they had. As Figure 8 and Figure 9 show, even if they did receive complaints, few took any action (10.3%). 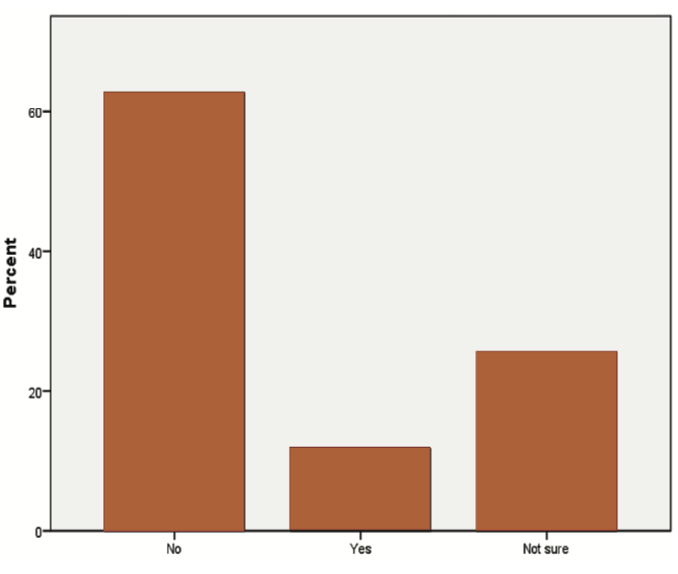 Figure 8: Did the complaint require you taking any action? 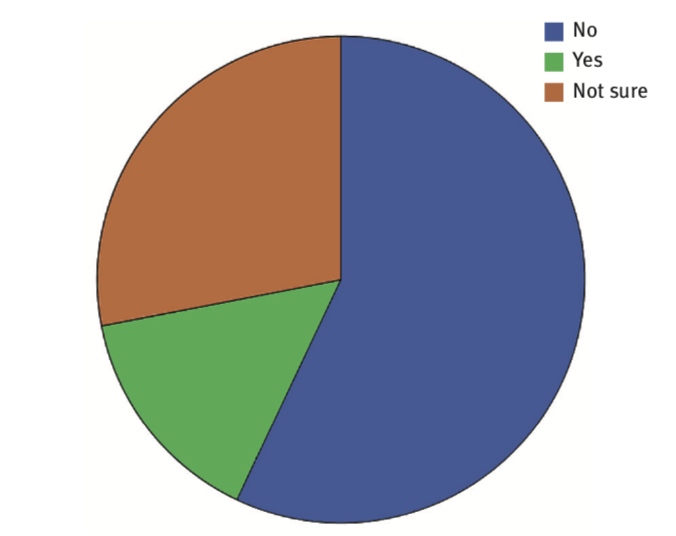 Figure 9: If yes, did you take any action?

The majority of the respondents (52.6%) from Kano, Jigawa and Abuja had no disposal policy for e-waste (see Figure 10). However, in Jigawa State, there was a slight shift evident, with the majority (55.8%) saying they have disposal policies. Among those who had no policy, a large proportion (46.2%) indicated that they are considering developing internal disposal policies. 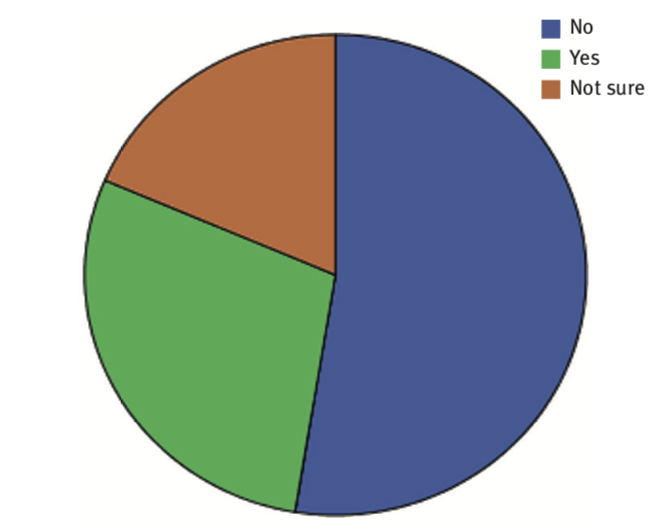 Figure 10 shows that the majority of the respondents (56.5%) were unaware of the National Solid Waste Disposal Policy[16] in all of the locations except Jigawa, where most said they were aware. There seems therefore to be a correlation between having an internal policy and awareness of the national policy. 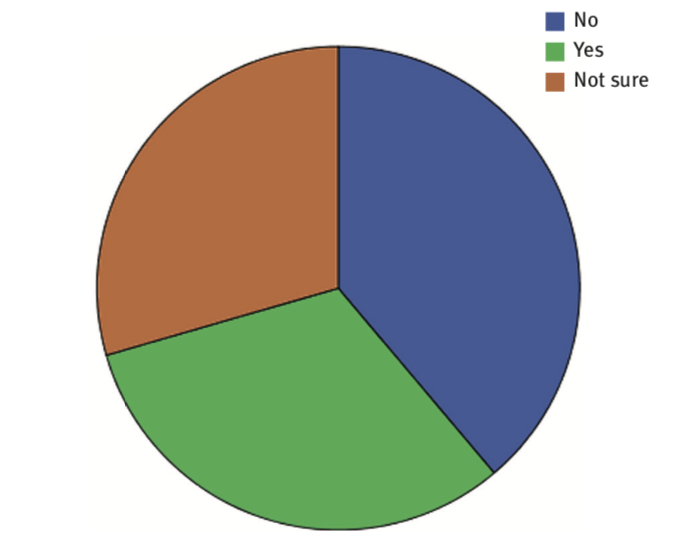 Figure 11: Are you aware of any consequences of e-waste disposal?

From the findings, it can be deduced that there is low awareness about the national policy on solid waste under which e-waste is regulated. There is also an aspiration to develop internal waste disposal policies and to embrace recycling. In the meantime, there is low awareness about the hazardous nature of e-waste among both the disposers and the public. While the majority of disposers said safety was key in determining how they dispose of e-waste, they are largely unaware of any problem caused by their disposal.

It would seem that given the way in which dumping sites have sprouted in Nigeria and the pervasive importation of e-waste (250 million used computers are brought into the country monthly),[17] there is weak enforcement of regulatory laws.

From the survey, on average, users discard a minimum of five to ten items of electronic waste per year. When projected upon the population of Nigeria, which at the moment is about 200 million people, the generation of e-waste in the country is staggering. There are laws to regulate but enforcement is weak. It is weak because there is corruption in the import chain as well as a lack of the necessary infrastructure for recycling. There is also very low awareness among both users and producers about laws regulating e-waste in the country.

The NESREA has proposed a number of measures to tighten control, such as the establishment of a national e-registry of e-waste recyclers, as well as recycling facilities. However, there is no serious effort to embrace recycling as a major strategy for a sustainable environment. There is also hardly any discussion about the circular economy within government. Nigeria is a member of the International Telecommunication Union (ITU), but it has not taken measures to implement the decisions of the ITU Plenipotentiary Conference in 2018 with respect to reaching a global target of 30% of e-waste being recycled by 2023, and 50% of countries having e-waste legislation by the same date.[20]

The future will be decided by two developments. On the one hand, there are already many actors who are seeing a niche in the recycling sector and aggressively pursuing it; on the other hand, increasing environmental concern among the public should catalyse citizen action to reclaim a clean environment by demanding that the government makes sure that e-waste is safely removed from communities.

The following action steps are needed to tackle the problem of e-waste in Nigeria:

[2] Isa, A. (2014). Update on E-Waste Management in Nigeria. Presentation made at the 4th Annual Meeting of the International E-Waste Management Network (IEMN), Hanoi, Vietnam, 14-17 July. https://19january2017snapshot.epa.gov/sites/production/files/2014-08/documents/nigeria_country_presentation.pdf

[16] This policy is embedded in the National Environmental Standards and Regulations Enforcement Agency (Establishment) Act, 2007, available at: https://www.nesrea.gov.ng/wp-content/uploads/2020/04/NESREA-ACT.pdf