Our society has entered an era where information and communication, previously conveyed by means based on fairly renewable resources (paper, words, etc.), now use "electronic" conveyors.

Information and communications technologies (ICTs) have an image of being "clean technologies". They can be a catalyst for the development of poor countries. Given the impact of their use in rich countries, it is certain that Africa can prosper thanks to these technologies. The current problem is that they consume energy, produce more and more waste which is difficult to treat,1 and spread toxins impossible to recover.

According to United Nations (UN) statistics, electronic waste (ewaste) amounts 20 to 50 million tonnes per year globally. And a Greenpeace report claims that half of this “electronic junk” is sent to the developing countries. 2 In Cameroon, the government’s commitment to improve access to new ICTs in order to reduce as quickly as possible the digital gap between the North and South, has resulted in the arrival in the country of hundreds of thousands of second-hand computers with a reduced life span. This has contributed significantly to an increase in ewaste.

What becomes of them? Who is in charge? What are the channels for distribution and disposal? What are the contributions and responsibilities of different actors, companies, local authorities, associations or consumers? Is there a danger of pollution? Do these computers contribute to the fight against the digital divide?

There are many questions to which we need to find answers. The objective of this report is to begin to shed light on the environmental aspects of digital infrastructure in Cameroon, focusing on the management of ewaste.

There is no specific legislation dealing with ewaste in Cameroon. Nevertheless, various laws can be read to impact on ewaste. First of all, the country’s constitution, in its preamble, states that: “Every person shall have the right to a healthy environment. The protection of the environment shall be the duty of every citizen. The state shall ensure the protection and improvement of the environment.”

Cameroon has also ratified the Basel Convention4 (on 11 February 2001) and is part of the Bamako Convention related to the prohibition of importing hazardous or toxic materials into Africa.

Overall, Cameroon’s legislation has yet to deal properly with hazardous waste. The National Waste Management Strategy concerns itself primarily with categorising waste, but has not looked specifically at how to sort out different kinds of wastes such as plastics or ewaste.

Cameroon does not manufacture ICT equipment; the country imports these products through various channels.

While there are the regular importers, which work via other African countries, countries in the Middle East, Europe and the United States, a lot of equipment comes into the country as a result of migration to other African countries and throughout the diaspora. The informal market is supplied by the equipment sent by families residing in Europe or the United States to their relatives, after first use.

Moreover, thousands of "obsolete" computers pour into the country disguised as donations to institutions, NGOs and associations. In 2003, World Computer Exchange (WCE), an NGO working in the educational sector, delivered, via the United Nations Development Programme (UNDP), containers of 200 to 400 second-hand computers. 5 In 2007 the organisation Computer Aid International sent a large number of recycled computers to Cameroon (some 44 containers with 225 computers in each). 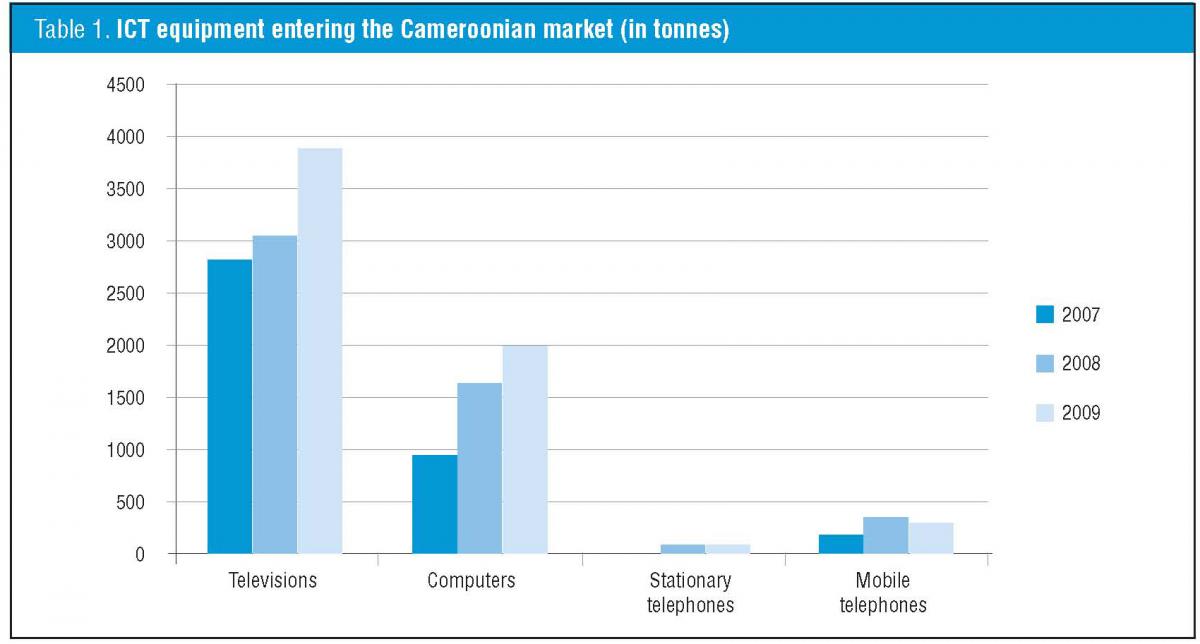 Table 1 shows the distribution of total tonnage of ICT equipment put on the market, by category and year (based on figures from Cameroonian customs).

The data recorded at customs reflect a global trend of increasing imports of computers, televisions and mobile phones, of about 33% overall. This may increase to more than 40,000 tonnes of ewaste entering Cameroon in the years to come.

End-of-life technology becomes ewaste if not repaired or reused. It then changes its status from second-hand or third-hand "product" to "waste". Some of this waste is stored in offices, government buildings and homes. Some is sent to landfills or incinerated, which affects the environment and health.

In Cameroon, the amount of end-of-life equipment is increasing, because of an increase in the number of users, but also because most of the products bought are second-hand.

According to Law No. 96/12 of 5 August 1996 concerning the legal framework on environmental management, waste "is considered any residual waste from a process of production, processing or use, any substance, material, product, or more generally any personal property abandoned or that the holder intends to discard.”

Following discussions and debates related to the classification of waste, a typology for a waste management strategy was adopted that included:

The average production of general waste per person per day is between 500 g and 600 g in Cameroon. As a result, the daily quantity of solid household waste products throughout the territory is estimated at 9,545 tonnes for the total population (17,354,431 inhabitants), or a total of 3,483,902 tonnes per year. 7

Although no legislation deals specifically with ewaste, it is found predominantly amongst industrial and commercial waste, as well as, to a degree, in household waste. According to our interviews, repairers discard little of their ewaste for fear that the owners of the devices they have repaired may come back to claim the discarded waste. Similarly, it is difficult to get households to clear out their ewaste because of the perceived value of old technology, and the high cost of new technology.

The systematic reuse of discarded technology is difficult without an effective collection system. 8 On the other hand, be they computers, televisions or mobile phones, they are recovered by some business, for instance Popular Electronics, where training occurs on the job. Their tools are basic: a screwdriver, brush, tongs, wax and soldering iron and, for the richest among them, a tester, which is more or less reliable, to ensure the refurbished equipment works well. Circuit boards are stored for easy reuse, and equipment is repaired several times before being finally abandoned.

In Cameroon, plastic casing for things like computers is burned or discarded. There is no capacity for metal recycling. We also did not find any smelting activities to reclaim metals such as in other emerging countries like South Africa or China. Toxic compounds and precious metals have no other fate than ending up in the environment, with the consequences that follow.

End-of-life mobile phones are often found in rural areas. Old casings and used-up batteries are often found in the street, or on landfills where waste pickers collect them. The current waste management system is not suited to this type of material. It is created, rather, for the management of biodegradable waste or solid waste (i.e. construction materials).

Given the problems posed by the inclusion of ewaste into the general waste stream in Cameroon, the consequences must be taken seriously. The management of ewaste in Cameroon is still in its infancy, and there remains much left to do.

Impact on health and the environment

Unfortunately there are no mechanisms in Cameroon to monitor and fully appreciate the problems posed by ewaste on health and the environment. Furthermore, no study on the problems posed by ewaste in Cameroon has yet been conducted. However, we believe that the data on the health and environmental impacts of ewaste generally apply perfectly to Cameroon. As a result, areas where there is the public disposal of industrial waste are strongly suspected of being contaminated by polychlorinated biphenyls (PCBs). Examples of these areas include the Ngousso “open pit” (Yaounde), and sites at Makepe (Douala) and Nkolfoulou (Soa Yaounde). 9

Impact on the economy

It is difficult at present to determine the economic impacts of the ewaste sector. No studies have been conducted on the pollution level at the collection sites to determine the possible costs of decontamination.

Otherwise, this industry has had positive economic impacts by improving incomes through job creation. There remains potential to integrate actors of the informal sector into the recovery and recycling of ewaste.

It is true that Africa generally, and Cameroon in particular, should not be a dumping ground for unusable second-hand equipment, but given the standard of living of the population and the political will of governments to fight the digital divide in order to develop the continent, would this second-hand ewaste not be an asset to exploit? Particularly if some measures are taken on setting up structures for both reuse and recycling?

Given the results obtained from our research, and in order to work towards a better understanding and management strategy of ewaste and its damage to human health and the environment, we propose:

3 The law states that waste will be dealt with to reduce its harmful effects on human health, the environment and natural resources.

4 The Basel Convention seeks to restrict the movement of hazardous waste between countries, specifically from developed to developing countries. It is also concerned with waste minimisation and the environmentally sound management of waste.