Renewable water resources are a strategic natural resource of the Kyrgyz Republic, which has regional importance for its neighbouring countries (Kazakhstan, Tajikistan, Turkmenistan and Uzbekistan). The headwaters of many of the region’s main rivers, such as the Syr Darya, are located in the country. However, water resources are the most vulnerable to global warming effects, since the rise in temperature has a huge impact on the formation of lakes and leads to the melting of glaciers in Kyrgyzstan. In the future this will result in water shortages and other challenges in the region. According to the estimation of experts, by the end of the century climate change might lead to temperature increases in the country averaging 4°? to 6°?. As for the number of glaciers, they will decrease to 142, compared with 8,200 in the middle of the last century. Moreover, experts estimate that by 2100 the surface flow of rivers will be two times reduced in size. 1 As a result, the problem of climate change greatly influences the social and economic well-being of not only Kyrgyzstan, but also the Central Asian countries. The issue of global warming needs concerted attention and workable solutions, among them the application of information and communications technologies (ICTs).

Since 1996 the Kyrgyz government has enacted several laws, regulations, and resolutions on environmental protection and climate change issues. In doing so it has created quite a good juridical basis for environmental sustainability and rational utilisation of natural resources. However, these laws do not put much emphasis on innovative ICTs and climate change.

In 2005 the National Committee on Climate Change Impacts was created to support the clean development of the country. In 2007 a law on governmental regulation and policy on greenhouse gas emissions and absorption 2 was enacted. This determines the basis for governmental regulation, and the rights and responsibilities of the state and local government bodies, individuals, and legal entities with regard to the emission and absorption of greenhouse gases.

The environmental and energy chapters of the Country Development Strategy 2009-2011 deal with issues concerning adaptation, mitigation and strengthening the country’s potential regarding climate change. Moreover, as a member of the United Nations (UN), Kyrgyzstan ratified the UN Framework Convention on Climate Change (UNFCCC) in 2000 and the Kyoto Protocol in 2003. 3

Using ICTs for the sustainable development of the environment

The impact of global warming is already evident in the Kyrgyz Republic, including water shortages, an increase in the number of natural disasters (landslides, mudflows and floods), and degradation of ecosystems. The number of natural disaster emergencies is on the rise, from 185 in 2006, to 209 in 2007, to 179 in the first half of 2008 alone. 4 These are closely related to climate change. The situation is even worse considering the fact that 94% of all the electrical energy in the Republic is generated by hydropower plants. This leads to an electric power deficit and huge losses to the whole economy. Given this, ICTs hold the potential to be one of the workable solutions to improve the situation. 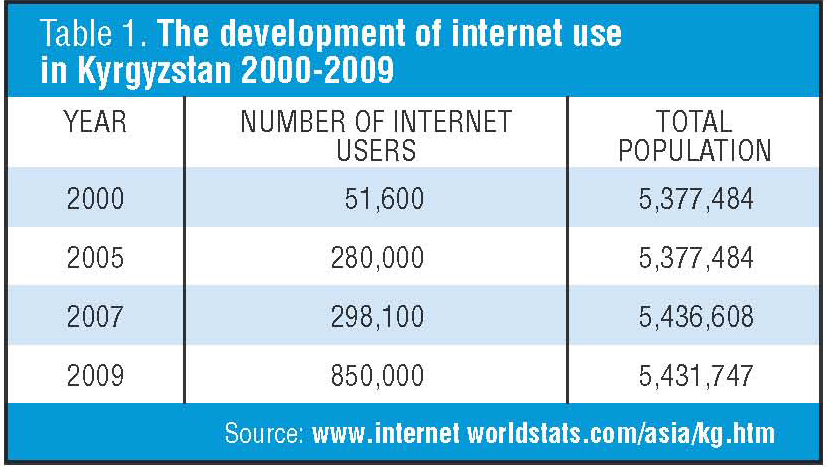 Table 1 clearly shows the rapid growth of internet access in the country – a trend which could be used to good effect in protecting the environment.

The UN Development Programme (UNDP) was the first organisation in Kyrgyzstan to provide one of the best practice examples for ICT assistance in the sphere of sustainable development. Through its project “How to Build Open Information Societies”, 5 for the first time in Kyrgyzstan, the internet was used to provide information for an environmental protection course, organised by the local government in Osh. Many young public access point (PAP) users searched for online environmental information for school projects. The PAP also helped reduce travel requirements for many rural users. Rather than making environmentally costly trips, information could be received online and in their community. This experience opened up opportunities in using the internet in the Republic, and today online local, regional, and international conferences and training are held in real time.

In 1994, mobile access started to become available, and today there are more than four million users (based on the number of active SIM cards). The rapid growth in this sector has both negative and positive impacts for climate change and its consequences. On the one hand, the microwave radio frequencies negatively affect climate change by using power and radiating heat. But, on the other hand, the mobile connections can be used as a tool to warn people of any pending natural disasters. In May 2010 the Ministry of Emergency Situations and mobile operator Sky Mobile (under the brand Beeline) started a project aimed at informing people about possible natural disasters through SMS delivery. 6 Since the start of the project 500,000 users of Beeline in Osh and Jalal-Abad oblasts (provinces) have already been notified about increased water levels in rivers and mudflow danger. There is also a special service call centre where people can get information free of charge concerning potential natural disasters.

There are a considerable number of environmental development projects initiated by international organisations, environment-oriented NGOs, and the Kyrgyz government. All of them are working on building different climate change responses and setting the country strategy for sustainable environmental development. Good examples of these projects are those supported by the UN and the Global Environment Facility (GEF).

"Enabling Activities for Preparation of the Kyrgyz Republic's First National Communication to the UNFCCC" 7 was aimed at fulfilling the requirements of the UNFCCC and the Kyoto Protocol and preparing the country report on climate change. The project started in 2000 and was successfully completed in 2004. During this period the first national communication on climate change was prepared, which helped increase public awareness through mass media channels such as the press and TV (six videos have been prepared and shown on the main television channels and several debates and four round table discussions have been conducted), establish legal frameworks, as well as build human and intellectual potential for further addressing environmental problems. Moreover, the project helped to identify the technological needs for decreasing the level of emissions of greenhouse gases in several sectors, including power, forestry and construction. A close study and analysis of the barriers for the successful introduction of new technologies have also been conducted. These measures created a good information and technical basis for furthering sustainable development.

The continuation of this project was the "Enabling Activities for Preparation of the Kyrgyz Republic's Second National Communication to the UNFCCC",8 which shows the pressing need for policy formulation on the adaptation of various sectors of the economy to a changing climate. The project also investigated all spheres of activities causing negative impacts on global warming, and developed several scenarios for ways of controlling climate change. Moreover, it identified which sectors need technical assistance (including ICTs). These were energy, transport, forestry, domestic and agricultural waste, and construction.

Many of the proposals developed to combat climate change have already been implemented, or are in the process of being realised through various funding sources. For example, on 27 May 2010 the UNDP gave the Ministry of Emergency Situations of the Kyrgyz Republic USD 220,000 worth of satellite communication equipment. 9 This will enable it to transfer digital video information directly from the place of emergency in real time. It will also allow quick decisions to be made via video conferencing between the local Crisis Situation Control Centres and Control Centres headquarters (set up with support from the World Bank in the cities of Bishkek and Osh). The use of ICTs makes the work of specialists much easier by providing concrete and reliable information and an accurate picture of any situation, decreasing the time and effort needed for data analyses. As a result, decision making by the headquarters and local Control Centres is improved.

The overall impact of ICT in the development of the above activities is crucial and ICT is considered as being the main driving force in the realisation of the projects we have described above.

Innovations are the engine of progress in all spheres of human activity, and prevention of global warming is no exception. In recent years in Kyrgyzstan several workable solutions have been introduced, and there are plans for the development of innovations on climate change prevention. For instance, the Country Development Strategy 2009-2011 10 places considerable emphasis on legislation and policy regarding climate change prevention, and improving the quality of the environment is the fourth prioritised development area. The strategy is focused on state policy and legislative improvement, harmonisation and the fulfilment of national nature protection laws and regulations in line with international environmental conventions.

In the sphere of saving energy, a GEF/UNDP project on “Improving Energy Efficiency in Buildings” 11 is underway. The main purpose of the project is to reduce energy consumption and greenhouse gas emissions in the construction sector by 30-40% through the introduction of new norms, regulations and standards. During the project a monitoring system for energy consumption and CO2 emission levels will be implemented – ICTs will be used as the main monitoring instrument.

Kyrgyzstan will also participate in a regional UNDP project on "Development of a Central Asia strategy on adaptation to climate change".12 The joint efforts and cooperation of neighbouring countries will greatly contribute to regional sustainable development. The project will emphasise intersectoral collaboration, the involvement of the business sector for project investment, and the constructive coordination of the donors.

Considering all the actions described above on sustainable environmental development we came to the following conclusions and recommendations:

An official website on the issue of global warming in Kyrgyzstan should be set up where all the information and latest trends in this sphere should be presented, including:

Practical implementation and strict control of the existing legislation. The legislative background of the Republic is considerably well constructed, but not always properly carried out because of the low public awareness regarding these laws. In this case, ICTs should be used to disseminate information and increase public involvement and awareness by informing the population via:

Stricter regulations for industry on greenhouse gas emissions to reduce the negative impact on the environment (ICTs could be used in these emissions reductions, and industry could be compelled to implement a solution).

Enhanced regional cooperation and integration. The challenges posed by climate change can be solved more constructively and lead to changes for a better future at a regional level. ICT tools can be used in this process (such as video conferencing and country-level online information projects).

5 Mikosz, D. (2004) UNDP as a Catalyst for Change in Kyrgyzstan, in How to Build Open Information Societies: A Collection of Best Practices and Know-How, UNDP. unpan1.un.org/intradoc/groups/public/documents/UNTC/UNPAN018488.pdf